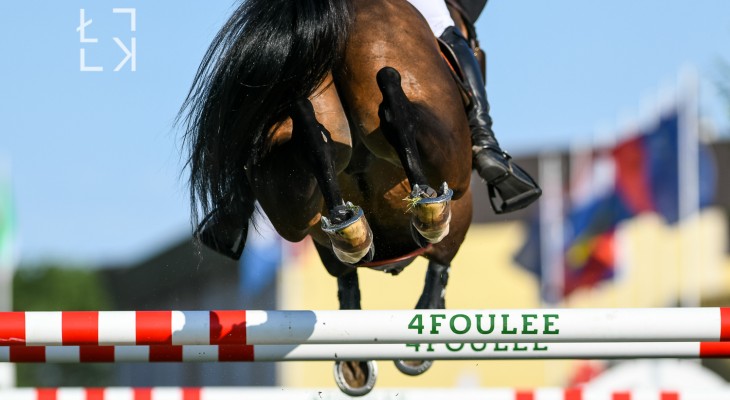 On 100 days before 4Foulee – CHI Poznan, we know the sport program of the show, taking place from the 4th until the 7th of June at Wola Hippodrome. The prize money for showjumping classes will be as high as 916 000 PLN. An international driving four-in-hand competition is a novelty.

CHI (Concours Hippique International), instead of the previous CSI, means that for the first time in many years, Poland will host an official international show, submitted to the FEI, in two equestrian disciplines.

As always, most of the program will concentrate around showjumping. The collective prize money of CSI4*/CSI1*/CSIYH/CSIU25 will reach 916 000 PLN. CSI4* will have 6 classes, including 4 counting for Longines Rankings. Two of them will be of special importance. On Saturday afternoon the prize pool will reach 200 000 PLN (LR group C – 80 points for the winner). Sunday’s Grand Prix prize money will reach 400 000 PLN (LR group B – 100 points), and that means that the winner will cash a check for 100 000 PLN. Two other prestigious LR classes will take place on Friday and Sunday before the Grand Prix, and the prize money will reach 100 000 PLN for both of them.

For less experienced riders, the organizer has prepared a CSI1* competition with 130 cm classes. Another novelty is Elite Tour at the height of 110 – 115 cm. CSIYH will have three six-year-old classes. Just like last year, young riders will have their own round, finishing with U25 Grand Prix, also counting for the international ranking.

A new attraction is the CAI2*-H4 competition. Four-in-hand carriages will appear before the audiences three times – on Friday evening in the dressage trial, on Saturday during the marathon test and on Sunday after the Grand Prix in the obstacle driving trial and winners’ parade. The organizer is inviting only six teams, so that every competition is appealing to the public and doesn’t collide in the program with the most important showjumping classes.